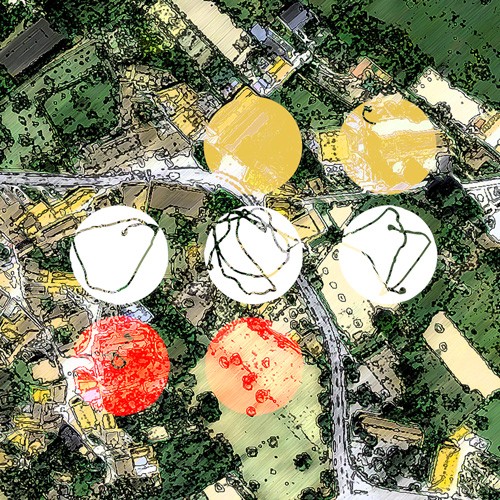 An artist residency part of SoCCoS (“Sounds of Culture, Culture of Sounds”) European Network, co-funded by the Creative Europe Programme of the European Commission.

In the year that reaches its 10th annual program of artist residencies in sound and media arts, Binaural/Nodar hosts in its second cycle of residencies three European sound artists/educators/researchers, who will all work under the generic concept of “playing the rural landscape” in its triple, tactile, sound/musical and social/geopgrahical meanings.

After several years hosting projects that worked thematic aspects of the territory that were beforehand proposed to artists (riverscapes, voicescapes, religion, rural architecture, social mobility), Binaural/Nodar returns this year to the liberating nature of the absence of a script or of a previous guiding theme, inviting artists to emphasize the organic, expressive and visceral contact with (natural and built) landscapes of the Gralheira mountain range (São Pedro do Sul), through performances, installations or talks which urge would be locally defined from the stimuli and interactions that will ultimately be present.

The three artists who will do creative/educational/research work in Fataunços have multifaceted and diverse paths, altough sharing a common deep connection with rural spaces.