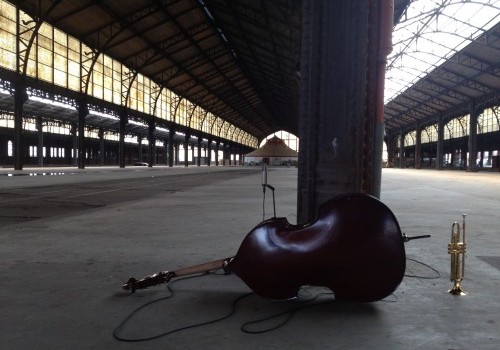 Portugese Susana Santos Silva and Swedish Torbjörn Zetterberg play trumpet and double bass. They started their residency by spending time to scout the city, then visited the sites for short improvisation interventions which were captured on video. In Brussels, they collaborated with video artist Val King and recorded several situations. Val was more then the documentarist, become an integral part of the improvisation process and final output. They said it made them function as a trio.

Susana and Torbjörn will continue develop this 'music clip' project in other locations and with other invited video artists. Ultimately it could become an audio-visual archive of spontaneous indoor and outdoor music improvisations, captured by collaborating video performers.