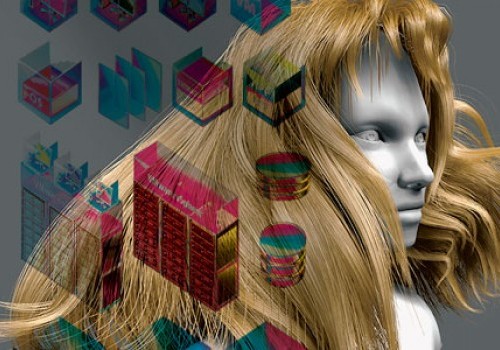 The above organisers would like to thank everyone who took the time to submit their proposals, which totalled 145 submissions from 34 different countries and collectively addressed the call’s themes and challenges from a wide and interesting array of perspectives. While reviewing the wealth of proposals, the jury became especially interested in supporting projects by young emerging artists. The two winning proposals both suggest visions of collective and decentralised futures, stimulating discussion of utopian and dystopian potentials in our increasingly networked societies.

The two winning projects will be premiered at CTM 2016 Festival in Berlin (29.01. – 07.02.2016), and broadcast via Deutschlandradio Kultur (March 2016). The works will also be presented by the Österreichischer Rundfunk (Austrian Broadcasting Corporation) via one of their platforms: the ORF Zeit-Ton or Ö1 Kunstradio shows, or the ORF musikprotokoll im steirischen herbst festival in Graz.

Issuing from the Tunisian alternative music scene, with strong foundations as a funk and jazz singer, Deena Abdelwahed has been exploring the realm of electronic music since 2011. With her proposed project, “All Hail Mother Internet”, Abdelwahed asks “How would I have ended up without having access to internet when I was a teenager?” as a starting point to explore frustrations about feeling fixed by the constraints of a pre-defined culture, place, identity, and the strategies employed to tackle them – be it by either simply defending the believed identity, or being deafened by loneliness after consuming endless art and ideas online. Taking off from her personal memories as a teen living in a conservative Muslim country and the hopes and upheaval of the Arab Spring, Abdelwahed blends her own interpretations of Arabic popular music repertoire with a vision of a futuristic club scene and its global aspirations.

“Deena's proposal to send a ‘prayer’ to the Internet resonated with me,” explains jury member Antye Greie-Ripatti. “I relate to the idea of utopia and the possibility of freedom even after the internet has proven to become more and more of a mirror of the real world where corporations rule, inequality is created, bullying and transparency cock-fights are taking place as we speak. There is also a large void of female Arabic voices and this is why it is immensely important to present Deena’s story and point of view in the vast digital space. When we listened to Deena’s demo, I could hear a strong sense of belonging, Arabic identity and also reconsiliation through the sound of a global upcoming generation.”

“GAD Technologies” is a project by Marija Bozinovska Jones aka MBJ Wetware, an artist employing technology that is active in London and her native Macedonia. Jones proposes a collaboration with J.G. Biberkopf, an emerging Lithuanian producer whose “Ecologies” EP recently launched Kuedo’s KNIVES label. As a verb, gad is defined as “to move from one location to another in an apparently random and frivolous manner”. It is also an abbreviation for General Anxiety Disorder. Floating in a virtual realm where cultural markers, gender, position and race are symbolic and arbitrary, and where subjectivity becomes divorced from the constraints of locality, “GAD Technologies” intends to add to existing geopolitical complexities and representations. Flattening out global symbols in an aesthetic of fluid global hypercirculation, GAD explores fictional geographies by harvesting the overflowing streams of collective imagery. The project also engages with the decentralised nature of emergent self organised networks that fall outside established power structures and draws attention to communities underrepresented on the global map, while examining concerns about erasure of privacy and the utopian promise of democracy and freedom through the potential for self-publishing on the plethora of the internet’s platforms. “GAD Technologies” will take shape as a live audiovisual laser performance for CTM 2016, and a radio bricolage clashing local with global for the subsequent broadcast on Deutschlandradio Kultur.

Jury member Richard Thomas comments: “GAD Technologies is in some ways the other side of the coin to Abdelwahed's utopic proposal, in that it laughs in the face of the garish vulgarities of accelerated networked capitalism. Yet it does so with serious intent and does not downplay the enormous potential for human liberation that such technologies enable. I was impressed by the humour and very nowness of the examples provided. MBJ Wetware and JG Biberkopf use bricolage to describe and caricature a space that is itself a Bosch-esque bricolage. Their proposal General Anxiety Disorder is strange and fun and indisputably apposite to our time.”