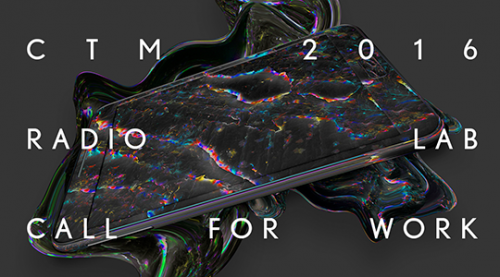 CTM Festival and Deutschlandradio Kultur – Radio Drama / Klangkunst, in collaboration with the Goethe-Institut, the SoCCoS – Sound of Culture, Culture of Sound network, Ö1 Kunstradio, and ORF musikprotokoll im steirischen herbst are pleased to release a third call for artistic projects seeking unusual ideas for coupling the medium radio with the potentials of live performance or installation, while also relating to the CTM 2016 Festival theme: New Geographies.

The call is open to artists in the fields of experimental music, sound art, radio art, new radio drama, and performance. Two chosen commissioned works will be presented as a Deutschlandradio Kultur – Klangkunst broadcast and premiered as a performance or installation at CTM 2016 Festival in Berlin (29 January – 7 February 2016). The works will also be presented by the Österreichischer Rundfunk (Austrian Broadcasting Corporation) via one or more of their platforms (depending on the character of the works): the ORF Zeit-Ton or Ö1 Kunstradio radio shows, and/or the ORF musikprotokoll im steirischen herbst festival in Graz.

Visit the CTM festival website for detailed information and to apply.