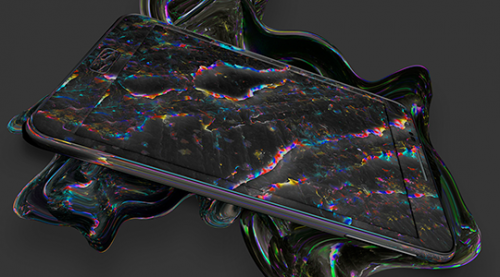 Returning for a 3rd edition, the CTM 2016 Radio supports commissioned work that proposes ideas for pairing the specific artistic possibilities of radio with the potentials of live performance or installation, while also explore the CTM 2016 New Geographies theme. Supported by Deutschlandradio Kultur – Radio Drama / Klangkunst and CTM Festival, in collaboration with the Goethe-Institut, the SoCCoS – Sound of Culture, Culture of Sound network, Ö1 Kunstradio, and ORF musikprotokoll im steirischen herbst, the Radio Lab selected two winning projects following an open call in summer 2015. The two winners will finalise their work during a 2-week residency in Berlin mid-January 2016, and premiere their works at the CTM 2016 festival, which runs 29 January - 7 February 2016. Subsequent to their CTM 2016 premiere, the two projects will be broadcast via Deutschlandradio Kultur (March 2016).

Issuing from the Tunisian alternative music scene, with strong foundations as a funk and jazz singer, Deena Abdelwahed has been exploring the realm of electronic music since 2011. With “All Hail Mother Internet”, Abdelwahed asks “How would I have ended up without having access to internet when I was a teenager?” as a starting point to explore frustrations about feeling fixed by the constraints of a pre-defined culture, place, identity, and the strategies employed to tackle them.

“GAD Technologies” is a project by Marija Bozinovska Jones aka MBJ Wetware, an artist employing technology that is active in London and her native Macedonia. Jones proposes a collaboration with J.G. Biberkopf, an emerging Lithuanian producer whose “Ecologies” EP recently launched Kuedo’s KNIVES label. As a verb, gad is defined as “to move from one location to another in an apparently random and frivolous manner”. It is also an abbreviation for General Anxiety Disorder. Floating in a virtual realm where cultural markers, gender, position and race are symbolic and arbitrary, and where subjectivity becomes divorced from the constraints of locality, “GAD Technologies” explores fictional geographies by harvesting the overflowing streams of collective imagery. “GAD Technologies” will take shape as a live audiovisual laser performance for CTM 2016.