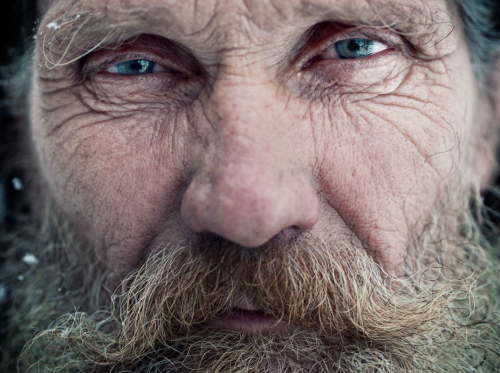 As part of CTM Siberia festival, which took place 14-20 September 2015 in Novosibirsk, Russia, Soundwalk Collective affiliate Arthur Larrue conducted preliminary research into an experimental multimedia piece that will see him return with the Collective’s founder, Stephan Crasneanski, to Siberia, specifically to the Altai Mountains found some 600Km south of Novosibirsk. In March 2016, Larrue and Crasneacki will collect sound and visual materials for the project, folloing the below concept. The final work will be premiered in 2017.

Oтшельник
The one who left

Experimental multimedia piece initiated by Soundwalk Collective, based on an original idea by Arthur Larrue.

It starts from a russian word.

It designates the figure, both mythical and real, of one who decided to live in the wild, either by force or through a conscious decision. Set apart from cities and industries, from history and political orientations, a certain number of people have taken the opportunity to disappear into the huge natural and hostile territory that is Siberia. To them, the snow-covered immensity appeared as a perfectly blank page.

In the Siberian Altaï region, such individual destinies have collectively fomented a culture of deep spiritual achievement. Sharing borders with Mongolia, Kazakhstan and China, the Altaï is actively connected with ancient Siberian Asian roots. Its mountains, taiga forest and very long winter compose a perfect expanse for such runaways.

All of the sounds, natural and human, from noises to music, from dialogues to prayers, are an expression of this life into the wild and reflect a certain knowledge that is built on practical experiences, and which will never be theoretical, but instinctive. The piece’s intention is to capture this intimate and mystical science through sound, image and words.

Старец (starets), Bear Hunter, and Shaman are the faces of the same Man, turning to nature.

A deep tradition of these fugitives still remains in Altaï. This tradition is connected with several layers of Siberian culture and offers a peculiar glance on a little-known segment of Russian society.

A poetic portrait of the отшельник through a sonic journey composed with exclusive in situ recordings collected during a month of expeditions, and a sketch of travel through the Altaï Loners community.