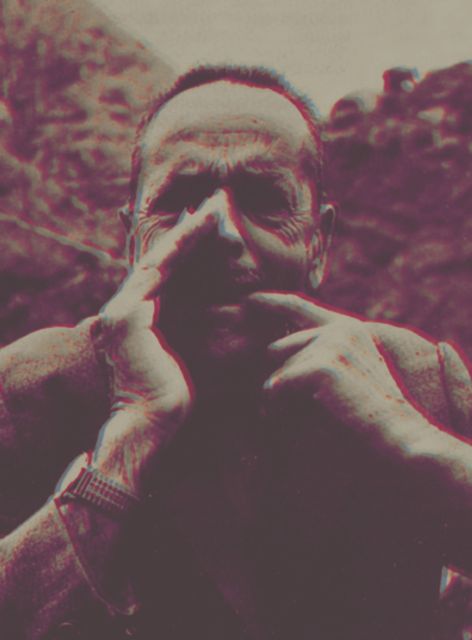 Spread the voice No. 1

Special situations call for special forms of communication. Sometimes the message complicates the situation, while other times, it's the situation itself that does that. In the case of the whistled language, Silbo Gomero, it’s a case of both.
On La Gomera, a volcanic island in the Atlantic Ocean, for centuries, the inhabitants of the mountain villages used to make themselves understood with whistles. They developed this form of communication to the extent that they could talk to each other in grammatical sentences and could even distinguish regional dialects. Between 1950 and 1980, the Silbo Gomera almost entirely disappeared due to the expansion of the telecommunications system, the development of a road network on the island and new employment opportunities in the tourism sector on the neighbouring islands. To turn the tide, Silbo Gomero became a compulsory subject at school, as a result of which nowadays, it is performed in restaurants and hotels as a local attraction.

Hence, the original context of whistling has been replaced by a new one. On the question of the meaning of this form of communication today, there is no simple answer, just like the definition of identity is always a proposition. Appropriating Silbo Gomero as a substitute for authenticity without substantiated historical processing and reflection, however, underlines the need for us to view the whistled language in a broader ideological context.
In collaboration with master whistler Kico Corra, historians and ethnologists from the Museo Etnográfico of La Gomera, communication and language scientist Arianna Ancarani, the musician and composer Werner Dafeldecker and playwright Karolin Nedelmann, several works in various artistic formats and contexts have been created in that context since 2012. Central to all these theoretical and artistic reflections is the whistle as a sort of secret code language, one that both separates and connects language and musicality as a cultural practice.  Moreover, it is the ultimate way to produce sound from the human body without technical aids that guarantees maximum reach.

Our plan for Brussels:
Against the background of a historical conflict, a vote was held in Latvia on the country’s bilingualism in the context of a referendum in 2012. That was for us the basis for a sound installation within the context of sound art exhibition SKAN II in 2014 in Riga. In the run up to this event, the attempt to translate Latvian and Russian into whistle language was captured on film. That is how, during the recordings in the sound studio, we see master whistler Kico Correa read Latvian and Russian, while he communicates with us in French, and with the sound engineer in Spanish. And at the end, he also whistles the Latvian-Russian script. The recordings in question form the basis for a new job, trying to do a voiceover: voiceover, overvoice, voice over voice, tuning, overtuning ...  all around the question as to which voice now has, in fact, the right to speak?