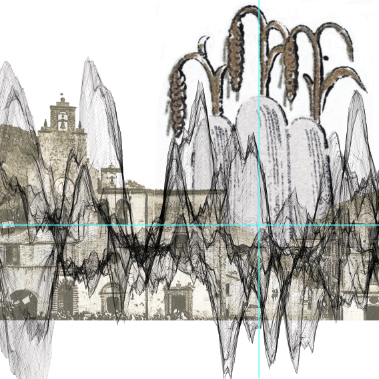 SUONI DI MONTE D'ORO is an artist residency co-organized by two cultural organizations, Bambun from Abruzzo, Italy and Binaural/Nodar from Portugal. The residency will take place between July 14 th and 21 st , 2016 in and around Montorio al Vomano (province of Teramo, Abruzzo, Italy) as an integral part of both Interferenze/Liminaria Festival and SOCCOS, a European network of artist residences in sound art.

This residency is a direct result of a web of alliances between associations, researchers and artists from different countries and regions in Europe, which share the common perspective of understanding rural areas as privileged spaces for reflection and multidisciplinary action, thus moving away from simplifications about rural and other peripheral regions, derived from both national and supranational centralized economic policies and strategies, most often distant from the real motivations of local populations.

Life in rural and mountain areas is made everyday by ordinary people, through an often-invisible network of memories, expectations and relationships that are likely to be totally ignored in the incessant flow of global information. It is to bring this intimate and subtle sense of places into light that it is necessary to document and express them, in an attempt to transmit and to allow the survival of ways to feel, to live and to act that are still relevant in today's world, in opposition to so many anxieties and uncertainties that mark everyday life. For about a decade Bambun develops intense ethno-anthropological and ethno-musicological research in the region of Abruzzo and broadly in the central Apennines, through which it has set itself the objective to exercise constant and capillary action of documentation and of renewed narration of the territory both through text and multimedia tools, analyzing in particular festive systems and ritual practices, legendary and hagiographic complexes, agricultural and pastoral works, human-animal relationship, emigration and war, relationship with the mountain and rural environment, the genealogical articulation and familiar patterns.

In the context of an European project, Network Tramontana, Bambun has established an intense collaboration with the Portuguese cultural organization Binaural/Nodar, which develops a 10 year work in rural areas of the Viseu Dão Lafões region through contemporary creativity, in particular through the art of sounds: rural sounds as an interpretive and expressive system of the past and geo-social change of specific territories.  The complicity between these two organizations has also gradually been transformed into a complicity between their territories, located in different countries but being close because sharing many common elements, integrated in a history and worldview that also includes euro-Mediterranean regions in Spain, France and Greece.

Recently, the two organizations have come into contact with the team of Interferenze/Liminaria Festival that develops over ten years a critical dialogue between the Italian rural south, sound art and experimental music. It was precisely this open dialogue that created the basis for cooperation in the context of Interferenze/Liminaria Festival, which also aims to develop a permanent nature, with the creation of the project New Apennine Sounds that is set to continue both reflections and contemporary expressions of territories located along the Italian Apennine mountain ranges. 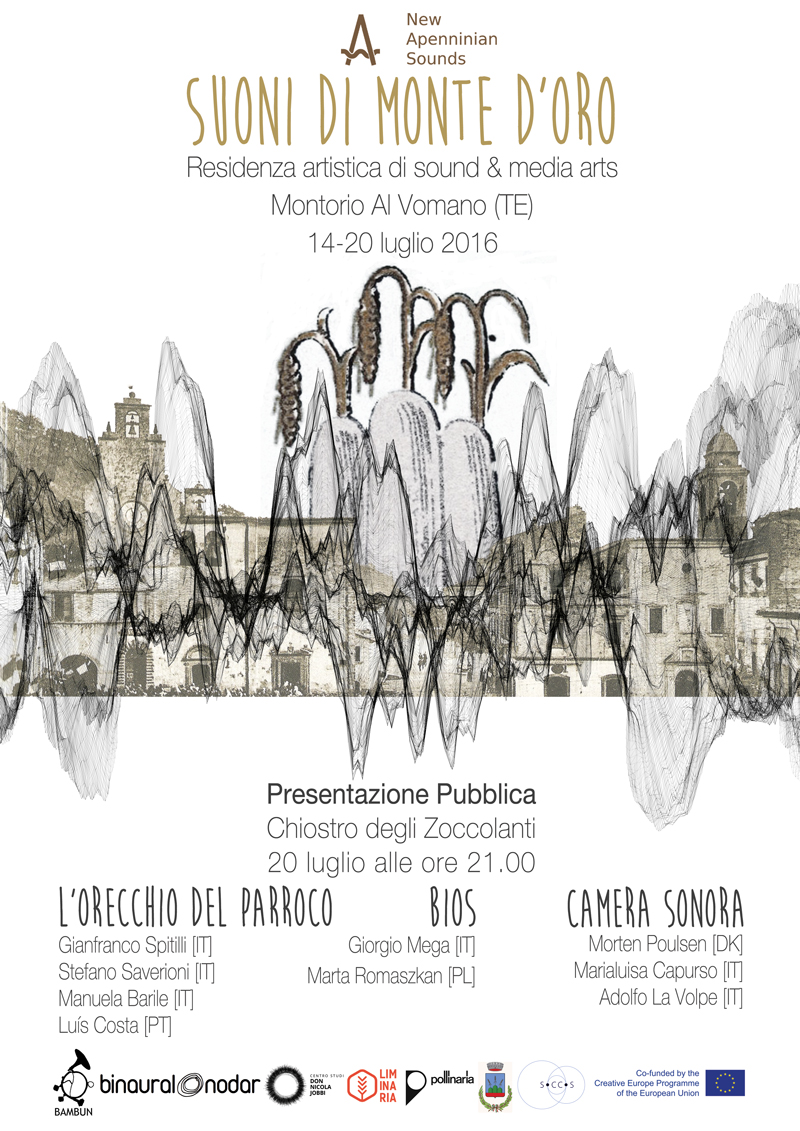