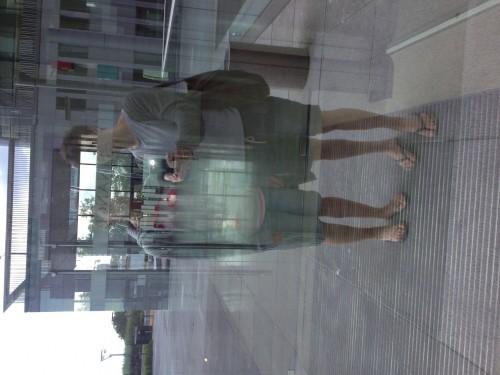 The first album of Susana Santos Silva (trumpet) & Torbjörn Zetterberg (double bass) was recorded in the north of Sweden. In a snow covered cabin in the mountains, they captured the harsh and at the same time extremely beautiful and tranquil surrounding environment. This incredible experience resulted in a work in which nearly everyone could hear mountains through music.

For their next recording Susana Santos Silva & Torbjörn Zetterberg want to experience city life and all the different facets it holds. The idea is to bring instruments and recording equipment in order to explore the town. They make a stop at those places where something is worth being captured and shared, wherever they feel inspired to create.

The music will happen between the two musicians and the surroundings, between a trumpet and a bass player. Even as between a singing bird and the music of a river, the traffic, people talking, noises, vendors at the local market, fuzz of the metro station, church bells and even more.

In short, anything they might find on their Brussels sound explorations.